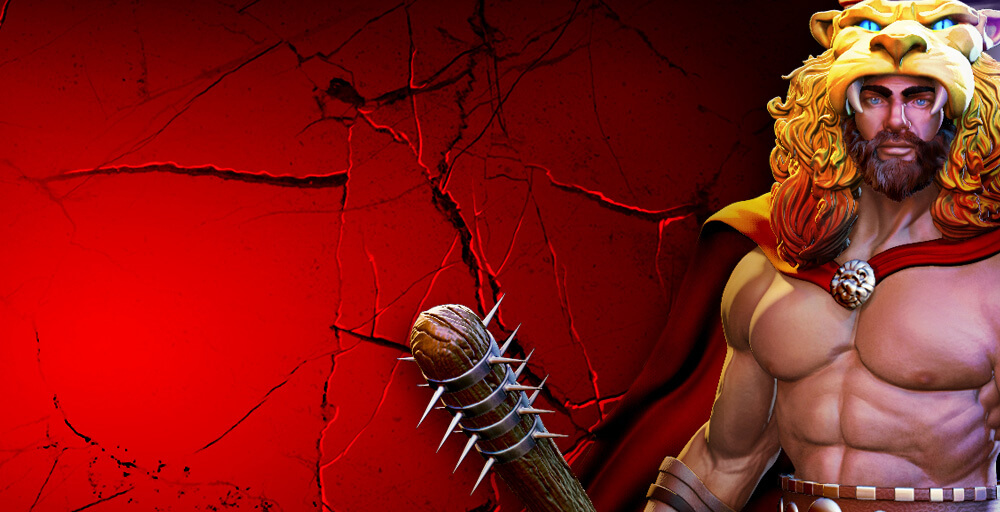 When it
comes to Greek mythology, there are always interesting characters and fascinating stories which accompany them. This game
delivers the strongest man, and his father, the mighty Zeus. With 5 reels, set
on Ionic columns, and 50 paylines, these
two figures will bring the ultimate entertainment.

There will
be lightning all over in the Hercules Son of Zeus slot, developed by
. Hercules has his assignments to complete, and a little help wouldn't
hurt, especially with a three-headed dog
that goes by the name Cerberus. The beast came straight from Hades, just to give
trouble to our hero.

Get Struck by a Gold Lightning

The father and the son have a complicated relationship,
especially when you add the fact about the father being the supreme god in
Greek mythology, and his wife the supreme goddess
with jealous nature. So, it's about to get rough for Hercules. He's going to
end up serving a king in order to make amends. Therefore, we have some of those
labors on the reels, and it fits the
mythological life of Hercules.

Graphics and animations look exciting, and with lightning, it
gets Wild. In the back of the reels, there is beautiful scenery, and while the
free spin feature lasts, settings get transferred into
the woods somewhere. The dominant blue and gold go great together, and there
are also a few other colors present. The sound is thrilling, making everything
so much better.

When it
comes to symbols, there is a temple as a Wild, a coin as Zeus, the Cerberus, a
bull, and a few more.

Powerful Zeus on the Reels

The
Hercules Son of Zeus casino slot takes us to another world, full of vindictive
gods, and this world is rich with features. It's all about Wilds and Free
Spins. Wild has an ability to act as any other symbol but the Scatter. The
Scatter lands only on the reels 2, 3, and 4, and with 3 Scatters, the Free
Spins feature is triggered.

The Free Spins
feature brings 6 free spins and additional Wild during the feature. On the
reels 2, 3, and 4, the lightning strikes with every spin and brings Wilds. For each Scatter landing on the reels,
additional free spin is awarded.

The Strongest Man and His Labors

With a
little bit of lightning, you'll find this
game highly entertaining. It has myths,
gods, good stories, excellent animations, and beautiful drawings. We have the
strongest man in this
, trying to make up for his wrong-doings, and his
father, a promiscuous god, making the situation even worse. But it's not all
that bad, as Zeus in this game will bring one great feature, and with it comes
the lightning. Every time the reels spin while the Free Spins last you'll get
to see lightning sparks spreading all
over the reels 2, 3, and 4. All in all, this looks amazing, and you should definitely take a peek and help Hercules
complete those daunting tasks!