This is a game that feels both like it is from the Dark Times and alien-like which might be an odd mix but really works great with one another. The game is called Forbidden Princes and is released by Merkur Gaming offering us 5 reels, 3 rows, and 20 winning ways, which is a classic grid and really effective to gamble your money on. With free spins and a bonus game, the game will be a lot to play too.

Get Ready to Visit the City of the Future

The provider is definitely working really hard at making their way to the top of the gaming industry, which can be seen by the innovative mix of styles. The theme is definitely something unique as it combines two things that you wouldn’t necessarily think of combining. The combination of technical motives and the Dark Ages is creating great visual effects and possibly a great backstory too, but that is up to your imagination. The features might help boost that as well.

The main scene of events takes us straight to what looks like a space ship and a very dark one too. All the harsh lines defining it along with the outline of the transparent reels are lit. This makes for a very cool overall effect contrasting the symbols very well. The soundtrack is mysterious and will definitely get you thrilled.

The symbols are divided into two groups, the first being the lower-paid ones that appear as colorful royals. The second is the higher paid ones that include guns, gold rings, a secret book, axes, shields, and the princess that acts as the highest paying symbol. The wild appears as a futuristic creature that replaces all other symbols bar the scatter that looks like a modern city.

The game is able to produce some really nice wins that go up to 1000 times the stake. With the volatility at high, one would think that the average 96% RTP might not be enough, but it definitely manages to do the job. The betting range is quite decent and will have something to offer to all kinds of bidders out there.

Join the Princess and Explore the Unknown

The features of the game are very dynamic which is quite appropriate for the theme. A favorite amongst a lot of us is the wild symbol as it appears quite frequently and is able to help out a lot, of course, if it lands in the right place at the right time.  It replaces all symbols bar the scatter to hopefully join a winning combo.

The scatter symbol is there to trigger the Free Games feature. You will need three of them to see what the city of the future holds for you. You will receive 10 free spins with a chance to re-trigger them. There is a special bonus game in store for you as well. It is triggered once the portal symbol lands and covers the first reel. You will definitely need some luck to trigger this one, but that is what makes the game more fun.

The Future is Unpredictable

Overall, the game should be able to serve its purpose of making you some sweet cash pretty good. The features are interesting and the design something new to look at. Let’s not forget the awesome detailing of the symbols making even the things from back in the day along with the princess, look like they belong there. Thanks to the high volatility it will be quite unpredictable and keep you on your toes at all times, which the more adventurous players will love. 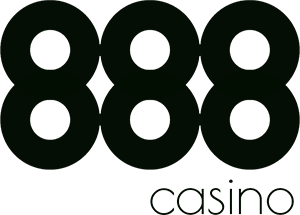