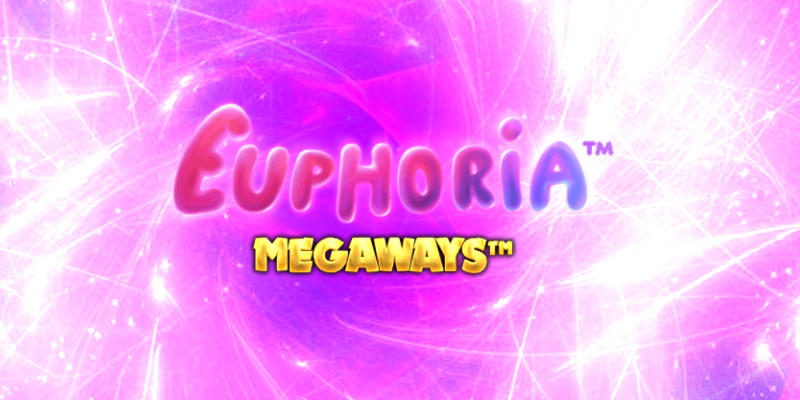 Euphoria Megaways is a new casino slot from iSoftBet where we get to enjoy a long-awaited sequel to their previous banger. It is Euphoria we are talking about and since its release back in 2020, it has been in the top list of favorite slots of many. Its star multipliers were the main event that certainly ensured that the game many times could live up to its name for the players. Even though the first edition is still very popular today, new versions are always exciting and above all welcoming. At a quick glance we can see that the Megaways mechanic has been applied and that the previous maximum win of 20000X, now is lowered to 10000X instead. Let's visit this site and find out what you can expect to see during the spins.

Euphoria Megaways is a video slot from iSoftBet that features 6 reels and 2 to 7 rows. This variation in the number of rows results in up to 117649 ways to win during the spins. The game has been created with an RTP that is around the average, where we have an RTP of 96.0%. One can choose between making a Min.bet of 0.20 and a Max.bet of 20. Euphoria Megaways has a high volatility, where one can win up to 10000X the bet.

The design of the game consists of an intergalactic theme, where with the help of a couple of lovely features you can achieve the state of mind euphoria, which is a feeling of intense happiness and excitement. In the background of the reels, you can see a galaxy in a beautiful purple shimmer that is filled with stars. You can play this slot on all the devices notepads, mobiles and desktops. You create a winning combination by landing 3 or more of the same symbol type on adjacent reels starting at the far left. A win then triggers the cascade feature.

The lower paying symbols are 9, 10, J, Q, K and A. Landing 6 of the same symbol type pays between 0.4X to 1.25X the bet. The higher paying symbols are gemstones in the colors green, purple, blue and white. If you land 6 of the same symbol type, it pays between 2X to 50X the bet. The highest paying diamond symbol already pays when you land 2 of it, which then gives 0.5X the bet. The game's wild symbol is a rainbow-colored symbol with the word WILD in the middle, with the mystery symbol showing a yellow question mark. You can land normal and super scatter symbols, which show the game's logo in the colors blue and red respectively. The star symbol can land, and it activates the win multiplier, where this symbol also acts as a wild symbol. Let's find out what the features do.

What is the max win in the slot Euphoria Megaways?

What features are available in the slot Euphoria Megaways?

When you create a win, the Cascade feature is activated, where the winning symbol types are removed from the reels. New symbols will then fall down to cover the empty positions, and this continues as long as new wins are created.

The game's wild symbol helps to enable more winning combinations by substituting for other symbols, except for the scatter symbols. It can land on the reels 2, 3, 4 and 5.

During your spins you can land Star symbols, and these can land with values of 2X or 3X where they activate a win multiplier. These will be multiplied by each other, where you can get a total win multiplier of up to 729X the bet. The Star symbol will also as the wild symbol, substitute for other symbols, except for the scatter symbols.

This symbol type can randomly land during the spins, where all Mystery symbols that have landed will show the same random paying symbol type.

This can be randomly activated during your spins, where this guarantees you to land at least 2 Star symbols on the reels. All Star symbols that are in view will contribute to increasing the total win multiplier, where they can land with values of 2X or 3X to then be multiplied by the current multiplier value.

This can be randomly activated and just like its name, the Max Megaways will be activated, and it gives you 117649 ways to win.

These can both be activated at the same time and will give you the maximum number of ways to win of 117649 and you are also guaranteed to land at least 2 Star symbols.

If you land 3 or more scatter symbols, the Free Spins feature is activated. Depending on whether you land 3, 4, 5 or 6 scatter symbols, you will receive 8, 10, 12 or 14 free spins respectively. Landing a Star symbol activates a win multiplier of 2X, with a subsequent Star symbol on the same reel increasing the multiplier to 3X. Win multipliers landed will then be multiplied by each other, where you can obtain a total multiplier of up to 729X. You will receive 3 extra free spins if you manage to activate 6 Star symbols.

If you want to take advantage of one of the features right away, you can use the Euphoria Bet with one of the following costs:

30X (Euphoria Bet) = You activate the Euphoria Spin which guarantees you to land at least 2 Star Wilds. The RTP increases to 96.16%.

100X (Free Spins) = You activate the normal free spins feature by landing 3 or more scatter symbols. The RTP increases to 96.49%.

300X (Super Free Spins) = You activate the super free spins feature by landing 3 or more scatter symbols, where at least 1 of these is a super scatter symbol. The RTP increases to 96.46%.

Players who are familiar with the previous version and who felt that the game lived up to its name will be pleasantly surprised with this sequel. Much is the same but where a few essential upgrades have been made to give the gaming experience a fresh breeze. They have chosen to apply the Megaways mechanic, which results in being able to get up to 117649 ways to win, which is a huge reel setup upgrade from the previous 5X3 which was able to give 243 ways to win. The RTP of 96.0% is within the same level, where it is clearly a good size and extra thankful that the game has only been released with such a size unlike many other game providers out there.

It is again the Star symbols that are the highlight of the game, where its multiplying effects can generate total win multipliers of up to 729X, which certainly can help to create sudden bonanzas. The substituting features that these also come loaded with, interact well with the cascade feature, where a win can be very long lasting and rewarding. Something one reacts to is the halving of the previous potential maximum win of 20000X, which now amounts to 10000X instead. However, this is still within a very good size and at the time of writing we don't know the size of its hit frequency, as a higher frequency may be an underlying reason for this reduction in the size of the max win.

As mentioned, the previous version is still very robust to this day, but the application of the Megaways mechanic really gives this slot an enhanced gaming experience, where this is a release you don't want to miss!

Euphoria Megaways is a slot where within an intergalactic gaming adventure filled with Star mulitpliers, we can generate intense excitement and happiness.