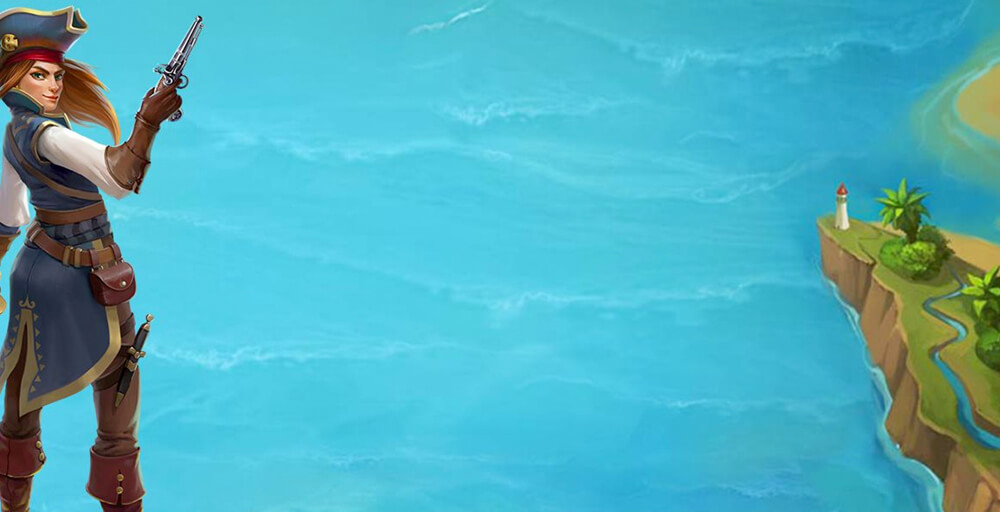 There are always many things to look
forward in a new year. There is a promise of better things coming our way in
the future and New Year resolutions, some of which we actually manage to see
through. In the midst of all this, for all the online casino fans out there, New
Year also means heaps of new slots to enjoy and potentially win big on.

One such slot is Wild Seas developed
by Elk Studios and set to arrive to online casinos in January 2018. The game
features the already recognizable Elk style and exciting gameplay with plenty
of ways to get lucky and win big.

Did Someone Say Pirates?

The new Wild Seas slot revisits the
idea of pirates plundering open seas and intercepting unsuspecting merchant
ships to rid them of their valuables. More specifically, the game focuses on a
story of Anne Bonny, one of few female pirates who left the trace in history.

As a player, you'll take charge of
Anne Bonny's pirate ship as you cruise around the Caribbean and wait for the
perfect moment to strike. Nice, bright graphics, combined with exciting music
and fitting sound effects will round up the experience and drag you inside the
Wild Seas adventure.

This new slot comes with five reels
and four rows, and somewhat unusual 178 ways to win. The maximum potential win
on a single spin is 178,000 coins, and with betting limits going from as low as
€0.20 all the way up to €100 per spin, the game will cater to everyone, from
casual players to high rollers.

Wild Seas works equally well on
desktop computers, laptops, and various mobile devices, so players can try
their luck whenever they feel like, no matter where they are. This is a medium
volatility slot that features the RTP of 96.3%. Like nearly all games by Elk
Studios, the Wild Seas slot also offers several betting strategies to help you
optimize your play and give yourself a shot at some big wins.

There is just one bonus game in Wild
Seas, but it consists of two parts. The bonus is triggered by landing two Wild
Seas wild symbols on the second and fourth reel. Before the feature begins, the
game will randomly assign one of the merchant flags (English, French, or
Portuguese).

The first part of the feature is
called Break the Convoy! The convoy of four merchant ships, which act as wilds
during the bonus, starts stacked on the last reel and tries to travel across
the reels and escape the pirate ship firing at them and slowing them down.
After each hit, one of the ships lags behind one position, and players are paid
their winnings accordingly on every spin.

Once there is just one merchant ship
left on the reels, the second part of the bonus, called Loot the Treasures!,
begins. It is only triggered if one of the ships was sunk during the first part of the game. Here, Wild treasure chests will land on the reels and get hit by the
pirate ship to keep them on the reels. The bonus ends when a barrel of
gunpowder lands on the first reel and there is a new treasure chest landing
anywhere else on the reels.

Something to Look Forward in 2018

The new Wild Seas slot is definitely
something to look forward to in 2018. The game looks and plays great, and with
stacked and sticky wilds in the bonus, the potential for some serious payouts
is definitely there. The RTP could be a bit better, of course, but at over 96%
it is still very decent and not a reason to skip on this exciting pirate
adventure.