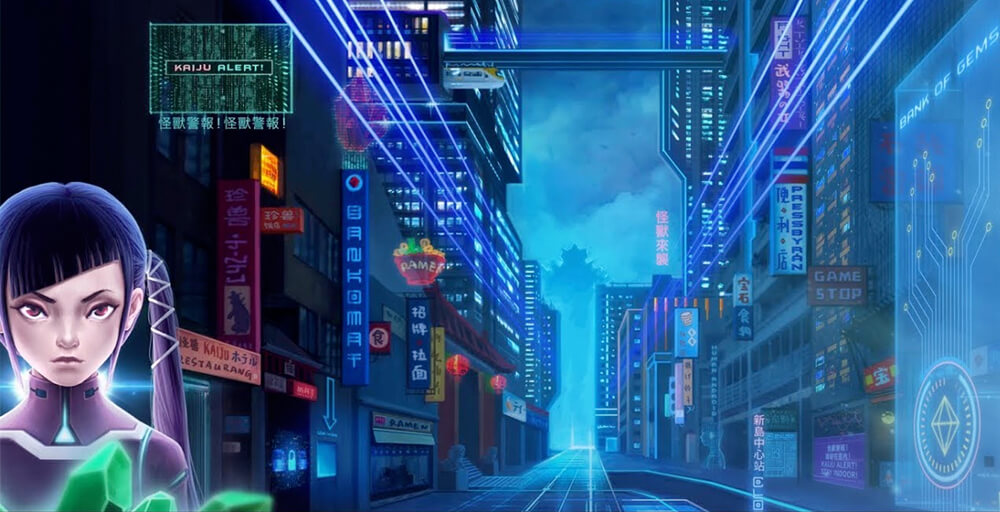 Elk Studios is about to surprise us all with
yet another exciting slot scheduled to be released on February 22. The creator
of successful games such as Route 777, Ivanhoe, Hong Kong Tower, and, recently,
Wild Seas, will be taking us on a futuristic adventure in their new Kaiju slot.

Movie and game creators love to come up with
different futuristic scenarios revolving around the apocalypse and Kaiju
follows the suite. Earth is down on its knees, with no land left to grow
essential foods or other stuff required for the survival of the human race.

The only way to get what we need is through the
intergalactic trade, and the only thing we have to offer are precious stones
and metals. The catch is, these precious stones are only found on Kaiju,
Japanese dragon-like creatures whose skin is covered in gems people need to
stay alive. And these creatures aren’t particularly keen on sharing!

So, our last hope resides with a female cyborg
equipped with a human heart, robotic skills, and some powerful weapons. She
alone stands between the survival and the destruction.

Although the game is still being developed, we’ve
been granted a sneak-peek behind the scenes, and what we can tell you that
Kaiju slot features some really awesome, futuristic imagery set on a backdrop
of a Japanese city lit by neon lights. Elk is already famous for their strong
graphics and impressive design, so we wouldn’t expect anything less from this
game.

However, Kaiju is being developed as a
mobile-first casino slot, which means it will play best on various handheld devices.
The game features a standard 5x3 grid, but reels expand upwards, making this
slot achieve its full potential when played in a portrait mode.

At this moment, we don’t have too much
information about special features that will be available in Kaiju slot. What
we do know is that the game will generate some extra wilds and expand the reels
to increase the winning potential.

Other than this, it is still a bit of a mystery
what kind of bonus features we’ll have a chance to enjoy and how these will be
triggered. We expect some sort of a free-spins round to be there like with most
Elk games, but it is too early to say more than that.